Its just a job, dealing with this stuff. The High and Mighty talk all day about High Sorcery and Holy Alchemy, but when things go wrong, the necromancers come in to fix the problem. There ain't no theory in necromancy, it is practical know-how that matters. All the book learnin' in the world won't save you from the eldritch horrors and their minions. It's a dirty job. Its our job.

I was listening to Backseat Producers the other day and they were discussing The Hobbit. During the course of conversation Adam said something about, "Blue Collar Necromancy." That phrase made me stop and focus. I really wanted to do something with it so I got to thinking about it and after discussing it a bit and writing for a while, the next bit is what came out.

A History of the Modern Problem 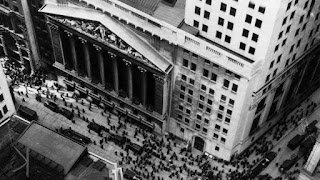 Necromancy, also known as Black Magic or Low Magic. Three hundred years ago it was unknown. Magic was the purview of gods, demons, and the great unchanged things that spawned them. Then came the first Sorcerer, Gretta the great. She discovered the secrets to manipulating Aether, the breath of the gods. This led directly to the first Lineage. At around the same time a man named Christophe Victorine left the Hermetic Order and wrote Une étude de l'âme de la Matière. This book set down the precepts of alchemy and how it related to mans place in the universe. The Church destroyed all copies of the book save for those they controlled. This was the beginning of Holy Alchemy, and the search for eternal life.

Necromancy had always been the magic of the common man. Anyone could learn it. Anyone could do it. At its core it is simple, sacrifice. Give something to gain something. It deals with communing with spirits, reading the future, and the transition from life to death. It is simple magic, dirty magic. It has nowhere near the versatility or power of High Sorcery or Holy Alchemy. What does have is speed and ease of use. It is passed down through families who specialized in it since before the rise of the Sorcerer Queens. Back before the discovery of Sorcery, necromancy was all their was, and the god-talkers where its masters. Holy men and confidence men they ruled in all but name over the thousand city states. They stood between man and forces far outside their ken.

The necromancers still stand in that breach. Though their is no glory in it anymore. Sorcery and Alchemy have brought forth wonders to the world. Together they created Odiceen, congealed power pulled from living things. Generally they use trees as the age of the living thing can enhance the power of the end product. Odiceen has allowed for massive ships powered by engines to cross the great oceans in days rather than weeks. Automobiles and artificial light allow for massive cities and industrialization. It was an age of wonder and riches, until the War. The Final War, as some with a poetic bent might say, changed everything. It destroyed economies, and blasted apart borders taht ha lasted for centuries. 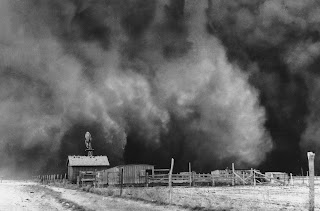 The War ended ten years ago. It was the Spell-plague that ended it. all sides in the war where playing with forces far outside of their ability to control. Eventually something(or things) went wrong. The Spell-Plague was the result. One in three died from it, worldwide. of the survivors many were made sterile or horribly disfigured. The world was on fire from the funeral pyres. It attacked noble and commoner alike. Through all of this the forces of nature became far more unbalanced than at any time in history. 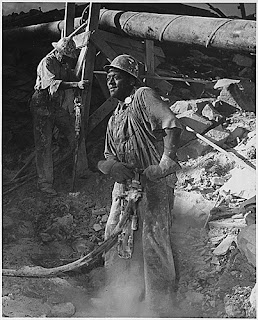 The hungry dead rose to torment and feed upon the living. The bodies of the slain sleep walked through the last actions of their life. Strange things from beyond the world roamed free. It was too much for the existing necromancer to handle on their own as they had before. They were forced to gather together and form a union of sorts. A group dedicating to dealing with those things no one else wished to deal with. Know this, it is the year 1937 on the Holy Calendar, and things are not as they should be. A darkness walks the land, corrupting or destroying all it touches. Few in power care about it, or even acknowledge its existence. Those that do pay us to deal with the demons, the undead, and the restless dead. We are necromancers, and we do the dirty business other refuse to.

So there you have it. The back story of the game. I would love to hear what you all think of it. I will be working on the mechanical bits and adding more setting details and NPCs to the game.
Posted by Jacob Possin at 11:20 PM