I was listening to the Walking Eye Podcast review of Marvel Heroic Roleplaying and they brought up a mechanic I love when playing that game. The idea is that you can use a distinction as either a good thing(D8) or a negative thing(D4). If you use it as a bad thing then you get a plot point. on the podcast they mention that this is basically how Aspect in Fate are Supposed to work. now I think, overall, that Aspects work mostly fine in play. I think what they were talking about(at least this is the idea I riffed off of, so go with me on this) is the Self Compel.

I have played a bit of Fate, and I have listened to a great many actual play recordings. Throughout all of this I have heard the same complaint. People(I think it is a certain type of player, but that is neither here nor there) are conflicted on the idea of a Self Compel. They are of the mind that they were just doing what they would normally do anyway,so they feel it is to meta to ask for a fate Point afterward.

As I was processing all of this while walking home from Mcdonalds(I loves me some Big Mac...drool) and I thought that I could introduce a solution to the self compel similar to that of Marvel Super Heroic Roleplaying.

Basically here is how my idea works. In Fate you roll 4dF and add numbers to it based on Skills and Aspects. Another way to roll in Fate is the d6 - d6. this ends up a little more swingy than 4dF, but it works. so my first thought was to use the Self Compel to alter the roll to 1d4 - 1d6 and then gain a fate point, but then I wasn't sure if that was good enough, so I thought that d8 - d8 as the standard and d4 - d8 for the self compel.

I am uncertain which will work better, also how to adjust the rest of the game to suit the new die rolling bit. This is a major change to the game, and doing it this late in the process(halfway through) is really making me nervous. Right now my game is just an eight page framework, and I have a lot of writing to do.

Well I have made myself hungry for a Big Mac, so i am going to go eat one-I mean contemplate this situation.
Posted by Jacob Possin at 2:07 PM 2 comments:

I have this idea for War In The Heavens. As I have said it is a Fate based game(using Dresden Files and Diaspora as a base). during the course of this I started to think about aspects. I think that I would like to have free floating free taggable Aspects related to emotional states.

Here is how I see that going down. I am a theatre major, and in looking at certain types of theatre from Asia I saw a few trends that I think might be useable, particularly in regards to Kathakali. I really liked the idea of there being a very formalized and limited number of expressible emotions. I plan to provide a listing of emotions that can be free tagged(Love, Rage, Ridicule/Mirth, Fear, Wonder, Valor, Sadness, Disgust). in order to tag them for free, you must make the ritualized expression.

Now the expressions will be picked by the group during the first session. When you do an action later in the game and wish to tag an emotion, you must make the requisite expression. this allows you to tag it, and then for the rest of the scene this can be compelled by the GM.

I think that this idea will work, but I am uncertain how 'fun' it will be. Any thoughts on this would be appreciated.

A side issue I am having is understanding trappings of skills. I understand all the Basic Moves in Fate, but how does one decide which skills do which actions? Is it just arbitrary, or is there  a one for one with a skill trapping and a Basic Move? right now I am going with the arbitrary model, but it is unsatisfying.

Still working on my prose for the game, the fluff is harder to work out than I had anticipated at the beginning. still chugging away at it though.
Posted by Jacob Possin at 2:18 PM 3 comments:

I have been working on some of the setting and fiction of the game. During the course of this I have discovered that I am too much of a minimalist. I have always been this way, even back when designing my first game. I realized early on that most game rules can be expressed in very simple terms. Honestly, most RPGs rules could be put on less than ten pages.

This idea has clung to my psyche like a limpet mine since then. Now that I am working on The War in Heaven I am realizing how much I minimize in text. I do have the basic character creation taken care of, it is a little disjointed but I have the framework I need to work this out.

There are six major houses in the Empire of Man, each descended from one of Sovereign's children. the players will play all members of one of the Houses of the Scions. the Houses are:
And here is the blurb I am working on, sort of an elevator pitch along the lines of the intro to Conan:


In the bright center of the Human Empire Sovereign and Her Divine Scions rule with wisdom and power. On the fringes of Empire the Old Machine Gods seek to devour Man. In hidden fortresses floating silent in the void the Gene Lords plot their terrible retribution. Monsters, Gods, and Heresy seek to tear apart the bright and shining Empire of man.

Know this, oh prince, that it is the Sixth Age of Man and the search for Earth continues. You are Sovereign's hands in the universe. You are all that stands between the Humanity and chaos, between the faithful and the pagan hordes.

I am still working on troupe play mechanics. I am very unsure as to how to do it. i have decided to use something like Icons' supergroup mechanics, for the Cadre that the players will be members of.

I am also working on a worksheet or something for the campaign design. I feel that unless I put some rules to how to design the campaigns, the group will  flounder in tone and feel. I would like to have something like the worksheet in Apocalypse World.

It has been going slowly, but I am still plugging along. more updates later.
Posted by Jacob Possin at 1:04 PM No comments:

The Stress Tracks tend to fall into a grouping of three that I have a hard time thinking my way around. There is Physical Stress, Mental/Emotional Stress, and Resources/Influence Stress. I am OK with the first two for my game, but as the game is about Nobles who do not worry about little things like money or fame I would really like a different Stress to track. i am running into a bit of a block in that regard.


Another issue i have run into is Troupe play. I would like to be able to run my game as troupe play. Each player would play a noble and several key characters from their entourage. I am having difficulty working this out for Fate. The sheer number of Aspects required seems problematic. Maybe if I could build a special sheet just for keeping track of things.

maybe i could run the whole house as one big character, and each person is a specific part of the character...I need to think on this more.

I really thought I was going to be farther along by this point, i seem to be wracked with indecision. i think that this maybe because i have so much freedom. If the scope of my game were a bit more narrow I may not be having these problems. maybe I should place some artificial restrictions on my game just to see where that channels my thoughts.
Posted by Jacob Possin at 5:47 PM No comments: 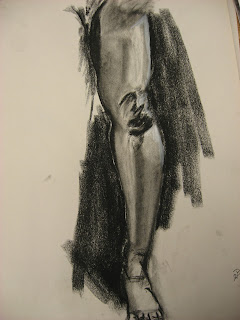 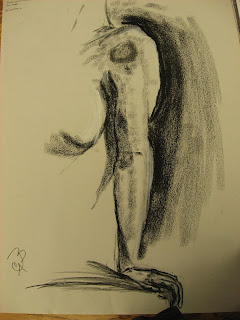 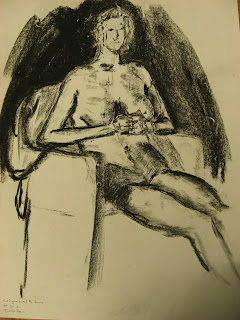 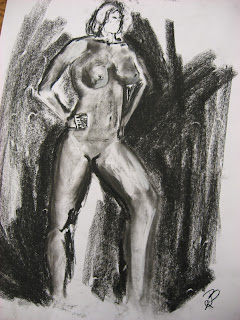 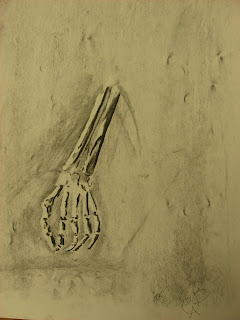 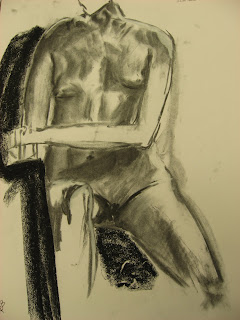 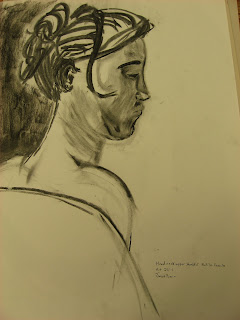 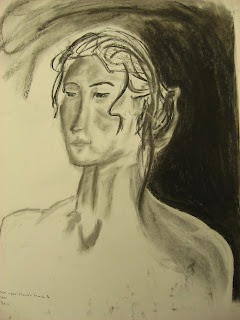 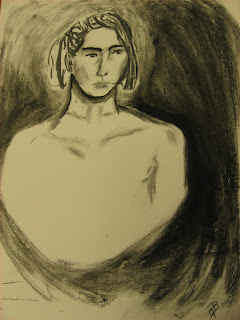 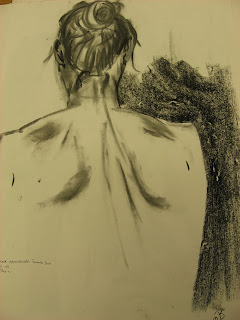 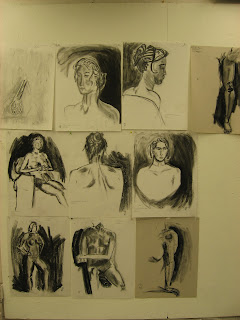 Today was my Figure Drawing midterm(I know, right? It is November, what the heck?). Here are the pieces I chose to get graded. As you can see I am a bit hit and miss right now, I hope to improve as the year goes on.

Posted by Jacob Possin at 5:31 PM No comments:

War In The Heavens, a little DeMon

I shall be participating in NaGa DeMon this year. I hope to write and play War In The Heavens this month. I know technically I started it before, but the idea has changed rather radically in my mind since then that I think I am on solid ground here.

I will be using a fate variant for the game rules as I think that it fits with the narrative scope I am going with. i will post more as i move along in the process. I hope to post something everyday this month on the process of creation. We'll see how that goes.
Posted by Jacob Possin at 10:42 PM No comments: