Subternia
Beneath the surface of Eternia lies a realm of caverns and magma flows. Two races vie for control of this realm. The lizard-like Caligar, Militant and honorable, and the Winged Speleans, shadowy and mysterious. There Feud is as ancient as the caverns they dwell within. Held in a truce by King Randor they wait for any legal means of starting a conflict. There are many ancient Snake Men ruins and artifacts hidden in the deepest reaches of Subternia. Subternia is sometimes known as The Demon Zone.


Whiplash
A follower of the great Demon Kraal, lord of the underworld, Whiplash left Subternia for the Dark Hemisphere in hopes of finding a way to break the seals holding his master from corporeal form. He is a distant cousin in the Caligar royal family and so can sometimes still curry favor with the strange Caligar court system. He joined Skeletor because Skeletor promised to release Kraal when he had finally gained control of Grayskull.

High Concept: Foot soldier of the Abyss
Trouble: My will is not my own
Origin: I serve Kraal, may he reign forever
Power: Crushing tail
Aspect: Strength of Stone

Stunts
Whip Tail: If you roll a successful attack action with fighting increase the damage by two shifts. if you miss on the initial roll, then the extra shifts are not added.
Tough as the hills: Use Power to defend from physical stress, though you take one stress on a tie.
Strong as the mountains: +2 when trying to create and advantage using Power

Caligars
Ruled by the Noble and mighty king Ciratus, the Caligars are a complicated race of lizard men living deep in Subternia. They have a complex and ritualized system for any official or religious cerimony. Time and location are very important to the Caligars. They have had a feud with the Speleans though none remember why. Surely those treacherous Speleans are to blame.

Aspect: The strength of Stone
Aspect: It must be the right time and the right place
Aspect: Old gods buried deep 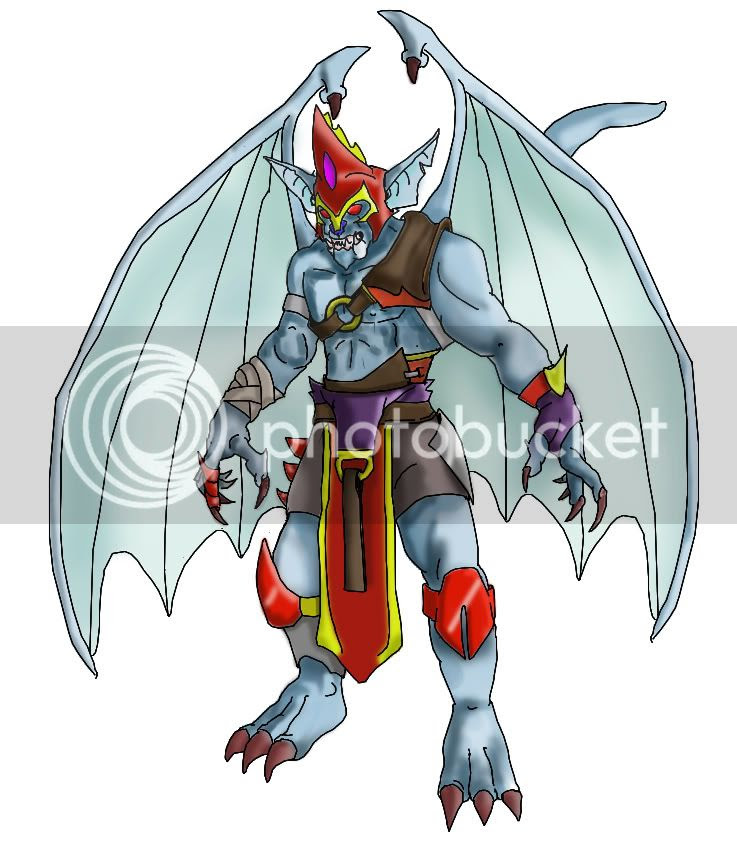 Speleans
The Bat-like Speleans are a mysterious race. They are great keepers of secrets, and it is said that the Holy Library of Spelea is one of the hidden wonders of Eternia. The value knowledge and Secrets over all. Ruled by the Lord Dactys, the merciful and cruel, they keep to themselves only venturing out when needs must. They were once allies with the Caligars, but something soured the relationship. The Power hungry Caligar are to blame, no doubt.

Aspect: The shadows are our home
Aspect: A secret must be kept
Aspect: Silence is our watchword

Stunts: Flight(use fitness to fly for overcoming obstacles or creating advantages, land based obstacles may not apply), excellent hearing(+2 observation for hearing only)

How stress tracks work in Fateternia: the escape clause
When you take a Main Villain out of the combat all the heroes in the combat get a fate pint and the Villain gets away. The heroes can take the villains permanently ot if they spend a fate point to negate the fate reward for escape.

I think that this is genre appropriate, as Skeletor and his main crew escape from He-Man all the dang time. Let me know what you think of the rule.